So just had my first fair and I thought I would share some thoughts on it. I must admit to being a bit nervous not really knowing what to expect. It soon became apparent however that this was misplaced concern, as folk were fascinated and loved every aspect. Hand crafts are very popular in New England and particularly those with more traditional skills involved. The fair was 6 hours long and I did not have a moment without some folk at my stall. I was carving during chats and everyone found that interesting.

I also had many spoons in various stages from log billets to ready for sanding.

I also had some green wood pieces in water as I usually do this to keep green wood from splitting before I cut and carve it. Another easily demonstrable process.

In hindsight I probably had too many spoons displayed and next time i would focus on less. the old adage that less is more! 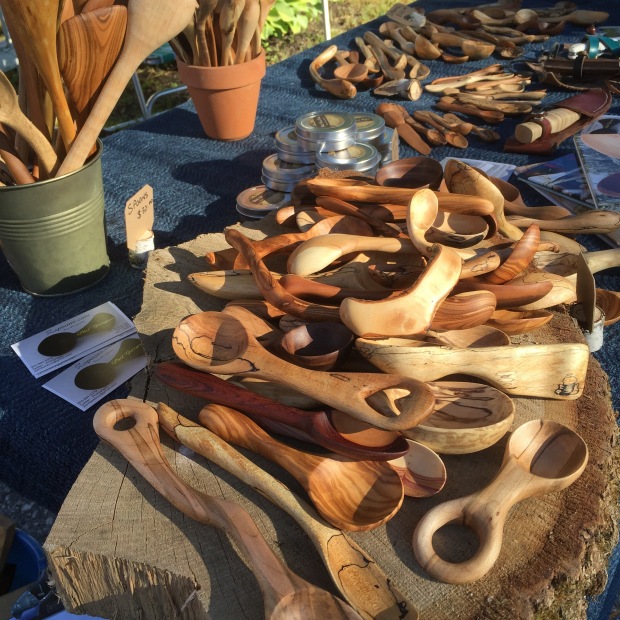 One very cool hack that I learnt was that some crafters carry several empty plastic jugs which they fill with water on site and then use as gazebo rope weights. Wish I had done that as the area I was allocated was on a paved road so my spikes were of no use! I guess I shall have similar gallon bottles as well for the next time!

In hindsight I regret not taking photos of spoons with their new owners – that would have been a great record to have. It would also serve as a record of which ones sold. Definitely next time I will make an effort to do that.

All in all it was a very successful day – sold lots of spoons – got several commissions and above all had fun. 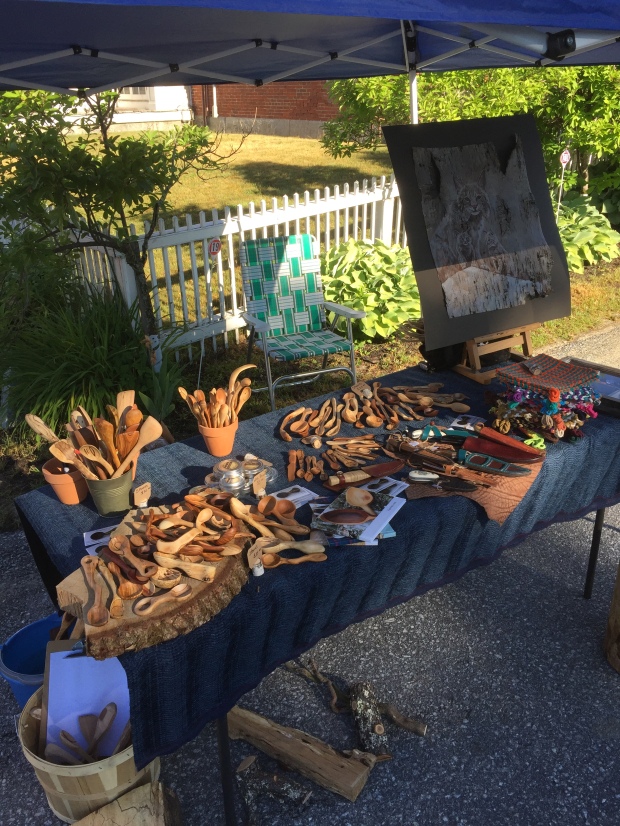